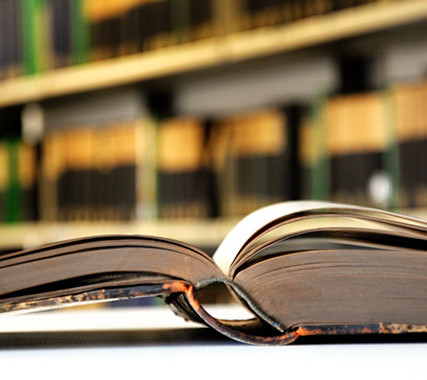 Court Decisions: Protecting the Record and Use of Authoritative Writings:

The Missouri Court of Appeals for the Western District recently handed down an opinion with an interesting procedural  and an interesting evidentiary ruling.  The case involved an obstetrical malpractice claim.  The plaintiff alleged that the physician failed to recognize the signs of fetal distress and inadequate oxygenation, and that as a result, the baby suffered brain damage.  Plaintiff appealed from a defense verdict.

The first issue involves what the appellate court may consider on appeal – the official record or affidavits that dispute the official record’s accuracy. The challenged part of the record involved defense counsel’s questioning of her own client.  She asked if the Missouri Board of Healing Arts, which licenses physicians, had ever investigated this claim.  As noted by the Court, such questions are improper when posed to imply that a claim had been investigated by the Board and no malpractice was found to be committed.

According to the official record, and objection was made to the question, and the witness did not answer.  Plaintiff’s attorney, however, claimed that the physician answered over his objection, stating that the claim was investigated and that she was vindicated.  Plaintiff’s counsel moved for a mistrial, which was denied.

On appeal, plaintiff’s attorney submitted his affidavit swearing that the question had been answered by the physician, and that a juror reacted by nodding their head.  This did not appear in the Court Reporter’s transcript, and the attorney argued that his affidavit should be given the same weight as the transcript.

The Court ruled that the record must be corrected, if at all, at the trial court level.  If there is a dispute on appeal, the disputing party must designate in writing to the appellate Court those portions that are in dispute.  The Appellate court then directs the trial court to settle the dispute and certify the correct contents.  It further stated that the Appellate Court must accept the record as absolute verity.  See Rule 81.15(d).

It is only for speculation what additional steps counsel could have taken.  Plaintiff’s counsel made an objection, made a record on two occasions and moved for a new trial.  It is unknown if the Court Reporter took or kept a sound recording of the trial.  It is also unknown if the Court would have entertained a mid-trial juror examination. The one step that could have been taken was to use the available rule, challenge the record, and follow the procedure to have the trial court certify the correct contents.

The case also discussed the use of post event literature – distinguishing between its use for standard of care, and causation.  Here, the relevant article was published in 2003, and the events occurred in 1998.  The Court noted that post event literature concerning new procedures or developments after the alleged malpractice cannot be used to establish the standard of care at the time of the alleged malpractice.

On the other hand, post event knowledge regarding causation is not limited to the timeframe of the alleged malpractice.  Later scientific breakthroughs that allow determination of causation is both relevant and admissible.